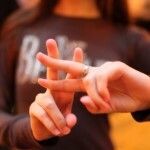 How does this affect us, other than seeing lots of ironic #heresahilariouscommentaryonmyownlife links flash on our Facebook walls?

It gives Facebook a feature that it’s been lacking, the ability for us to see a stream of activity based around a single theme, site-wide.

It’s a great way to build your audience, by joining in threads that reach people far outside your own friends/subscribers list.

And while in a really busy hashtag search your comment will be replaced pretty quickly by the slew of other commentators, if you write the right thing at the right time, you’ve the potential to massively grow your sphere of influence.

Facebook has announced plans to introduce clickable hashtags for users.

The tool is already widely used on other media, such as microblogging site Twitter, so users can find out what others are discussing.

Facebook users have long-adopted the hashtag, often using it as an addition to comments and status updates. But they will now be able to click on the hashtagged words as a search term and view a feed of discussions relating to that topic.